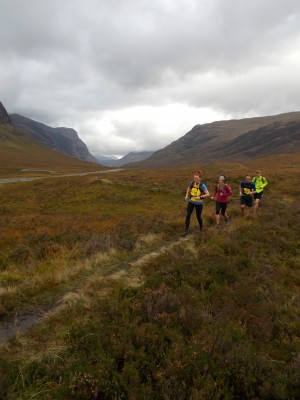 Gillian Irvine from Glasgow has taken up the challenging Glencoe Marathon on 5th October 2014 to raise money for Pancreatic Cancer Action. The full off-road marathon is an epic trail run that ascends a total of 1,608 metres through the heart of Glencoe and into the foothills of Ben Nevis.

Gillian, who hopes to raise over £500 for the charity, said: ‘I decided to take part in this challenge for Pancreatic Cancer Action because over the last year, three people I know have been affected by pancreatic cancer, including a friend I have run with for over 20 years who sadly died late last year after only few months from diagnosis.

“This disease is brutal, by its nature it has usually spread by the time it is diagnosed leading to a very poor prognosis,” continues Gillian. “I have chosen to fund raise for Pancreatic Cancer Action a charity which is working on early diagnostic tools and online education programmes for GPs to aid early diagnosis.”

The marathon route snakes through the pass of Glencoe, surrounded by the towering remains of this ancient super volcano, before climbing 500 metres up the fearsome Devil’s Staircase. From the eastern edge of the Aonach Eagach Ridge you look straight onto the mighty Buachaille Etive Mor (the great herdsman) before dropping back to sea level at Kinlochleven where the Mamores Half Marathon starts. Climbing up through the Mamores the route undulates until the descent into Glen Nevis and the base of the mighty Ben Nevis, the UK’s highest peak.

Pancreatic cancer is fifth leading cause of cancer death in the UK, has just a three per cent survival rate compared to 85% for breast cancer. The disease, which kills 22 people die a day and, receives less than 1% of cancer research funding. The survival rate is among the worst in Europe, and this figure has not changed for over 40 years. 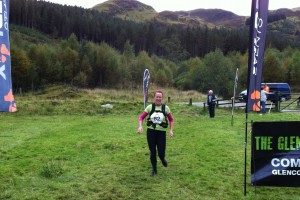 c Cancer Action is committed to working towards earlier diagnosis of the disease so that surgery, currently the only cure, is made available to the sufferer.

”As a charity, we rely on the generosity of individuals like Gillian to help us continue our vital work. Please back her in their fundraising efforts so that we can continue research into early diagnosis and raise awareness of pancreatic cancer.”