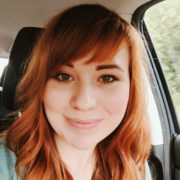 We would just like to say a huge thank you to everyone who took part in #GiveItUpforPanCan during January this year. Together you've raised an incredible £3,707.69 towards our goal of saving lives through early diagnosis! All because you gave up something you love for a month.

Our amazing supporters gave up a variety of things for our campaign ‘ #GiveItUpforPanCan ‘ which included, crisps, chocolate, sweets, cakes and alcohol – all in the name of raising vital funds and awareness.

Whether you took part by raising funds or raising awareness, you all did amazingly well and we can’t thank you enough!

Why I took part in Give It Up for PanCan

PCA fundraiser and supporter, Flo Fletcher explains why she gave up cola during January to take part in Give It Up

“I decided to Give It Up for PanCan in memory of my Grandpa, Paul Fletcher, who sadly passed away from pancreatic cancer in 2013 after an 18-month battle with the disease.

I participated in this campaign this year as it was based around giving up an indulgence as opposed to alcohol, I had previously felt excluded from campaigns like “Dry January” as I don’t drink much alcohol, so it’s not much of a challenge to give it up!

I decided to give up cola for Give It Up for PanCan, as I used to drink it every single day. I raised funds by asking family and friends to donate as they know how much I love cola!

The great thing about this campaign is that I was able to sacrifice an indulgence to raise money for a good cause, which in turn has also improved me health!”

Take part in Give It Up for PanCan during Lent!

If you’ve felt inspired to give yourself a bit of a health kick, Lent is only just around the corner so why not take part?

It’s 40 days and 40 nights but just imagine the health benefits and that you’re doing something amazing!