Ian Glass, from Denbighshire, is taking part in the Monte Carlo Classique in his 1953 Ford Popular which he has named ‘The Flying Tortoise’ to help raise funds and awareness for Pancreatic Cancer Action. 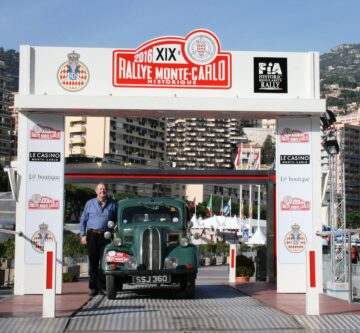 Ian has been inspired to drive The Flying Tortoise in the rally for the charity as he recently lost one of his friends, Gina Devlin, to the disease last year. Ian, along with his navigator, Ray, will start in Glasgow the 31st January and finish in Monte Carlo on the 4th February.

To raise money Ian is asking people to guess how many miles The Flying Tortoise will travel and the closest entry will win a luxury 3 night break for two at the 4-star Metropole Hotel and Spa in Victorian Llandrindod Wells.

Ian says “The Flying Tortoise, a 1953 Ford Popular, was rescued from years standing in the open to take part in the 20th Le Jog (Land’s End to john O’Groats) Rally in December 2015 and raise money for charity by running a competition for people to guess the mileage covered on the event.” 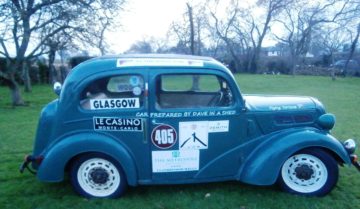 “Amazingly the little car, resplendent in two-tone green and rust, finished 38th out of 77 starters, being the oldest
car to finish the event. It was scheduled to retire afterwards but it gained such a following that it was decided to do more events”

“The car is totally unsuitable, has just three forward gears, only 30 bhp engine, terrible road holding and windscreen wipers worked by suction from the engine. It used to have just one wiper until my navigator whinged he wanted to see what we might crash into!”

“I will stress EVERY PENNY collected goes to the charity as all expenses are covered by myself and navigator Ray who I was in school with.”

Pancreatic cancer is the UK’s 5th biggest cancer killer. The survival rate is just 5% which is the lowest of any cancer.” 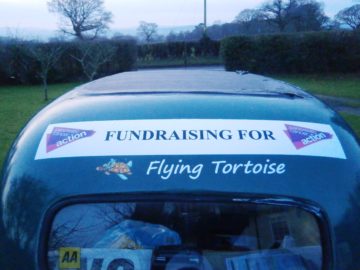 Or to enter the competition email Ian at fordcharityrun@aol.com for an entry form.