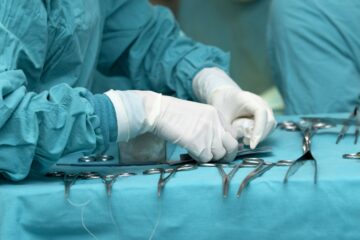 We are delighted to hear about a potential breakthrough by researchers at The University Hospitals Birmingham, which could have a significant impact on pancreatic cancer survival rates in the UK.

As part of the pilot, pancreatic cancer patients with jaundice, who had an operable tumour on their pancreas, were fast-tracked to surgery. This cut the average time for patients to have surgery from two months to just over two weeks.

The research, which was published in the HPB Journal this week, also found that £3,200 per patient was saved by cutting out treatment for the symptom of jaundice before surgery, as well as reducing complications and hospital readmissions after surgery.

It was also revealed that the pilot treatment increased the number of patients whose surgery was successful by 22%.

“This is a significant study for many reasons,” says Ali Stunt, founder and chief executive at Pancreatic Cancer Action.  “Current clinical guidance advises against performing surgery on patients with jaundice, due to the risk of complications. However, this study found that the chance of having complications following fast-track surgery are no greater than surgery following treatment for jaundice.”

“The delays in surgery caused by initial treatment for jaundice can also lead to an operable patient becoming inoperable,” continues Ali, a rare pancreatic cancer survivor.  “This is why fast-tracking could have a significant impact on survival rates for pancreatic cancer.”

Kate Rigby, from Minsterley near Shrewsbury, was one patient fast-tracked to surgery as part of the pilot.

The 69-year-old said: “Within a week of receiving my diagnosis, I had surgery to have my tumour removed. I barely had time to worry about undergoing such an extensive operation.

“I had jaundice, but this wasn’t treated prior to surgery and this hasn’t caused me problems. People, including friends in the medical profession, have been astounded about how quickly I’ve been able to receive my treatment and how well I’ve recovered.”

Currently just 8% of pancreatic cancer patients in the UK have surgery to successfully remove their tumour because the vast majority of patients are diagnosed at an advanced stage, when surgery is not an option.

“Pancreatic cancer is a disease that offers very little hope for patients and families, and positive news is few and far between,” says Ali.  “To think this study could be rolled out across the UK, and lead to more patients having life-saving surgery, is welcome news.”

The research published in the HPB Journal on Tuesday found the pilot treatment increased the number of patients whose surgery was successful by 22%.

Pancreatic Cancer UK, who funded the scheme, says a UK-wide roll out could see hundreds more patients having surgery which successfully removes their tumour.

Consultant Hepatobiliary and Pancreatic Surgeon Keith Roberts and his team worked with hospitals to speed up referrals for patients and reorganised the way surgery was carried out.

He said: “We have shown that it is possible to create a much faster path to surgery for pancreatic cancer patients within the NHS, which could have a significant impact on survival.

“We carried out surgery earlier and on more patients, avoided unpleasant and costly pre-surgery treatment, and yet there was no significant increase in complications post-surgery.”

Less than 7% of pancreatic cancer patients will live beyond five years after diagnosis in England with survival rates barely changing in over 40 years.