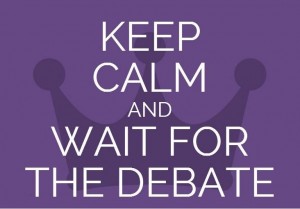 The petition calling for more funding and awareness for pancreatic cancer ended on 8th April 2014 with over 106,000 signatures.  Thank you again to everyone who signed and pushed the petition.

Following a positive reaction to the submission to the backbench committee on 7th May by Nic Dakin MP and Eric Ollerenshaw OBE MP, we are waiting to hear confirmation of the date of the debate.

Here is an update from Maggie Watts, who started in the petition in April 2013, on when the debate is likely to take place.

“I had previously mentioned that we were hoping for a debate some time in June/July as the request ad already been pitched to the Backbench Business Committee (BBC) just before Parliament prorogued but there was not an opportunity for the Debate to be held before Parliament ended. Therefore, we were waiting for the BBC to be re-formed after the Queen’s Speech.

“Natascha Engel has now been reinstated as the Chair of the BBC. We were hoping for the Debate to be carried out in the main chamber but were offered a slot in Westminster Halls. The Westminster Halls slots are on a Monday afternoon and the only slot which would suit all parties concerned would be 21 July. Given that Parliament breaks on 22 July, my concern is would there be sufficient MPs available to merit a worthy Debate so close to the Parliamentary break.

“Therefore, it’s looking likely that the Debate may not happen until after the Summer recess. Whilst my preference was to have the Debate sooner rather than later, I accept that this timing may not get the best outcome and my priority is ensuring that the Debate results in the best outcome/highest profile possible for Pancreatic Cancer – I hope you agree. I will keep you posted when there is more news.”

Maggie Watts from Scunthorpe started the petition following the death of her husband Kevin, who lost his battle with pancreatic cancer in 2009 aged 48, 40 years after his mother died of the same illness.  Maggie said, “In the 40 years between Kevin and his mother’s death, the shockingly low survival rate of pancreatic cancer has not changed, while survival rates for many other cancers have improved significantly.  I was motivated to start the petition so that the government would dedicate more funds into research so that future patients will hopefully face much better prospects.”