Circulating Pancreas Cells in blood may be early sign of cancer 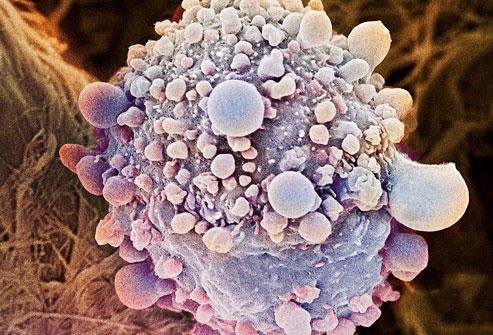 Cancer cells appear in the bloodstream in the very early stages of pancreatic cancer and can be detected before cancer is diagnosed according to scientists at the University of Michigan (USA).

The researchers studied 51 patients using a microfluid device to capture circulating pancreas epithelial cells in 1/3 of patients with early pancreatic cysts or lesions but no clinical diagnosis of cancer. Three groups of patients were studied: those who were cancer free, those diagnosed with precancerous cystic lesions, and patients with pancreatic cancer. The researchers, led by Andrew Rhim, M.D., Assistant Professor of Internal Medicine at University of Michigan Health System ((Rhim et al., 2014. Detection of Circulating Pancreas Epithelial Cells in Patients With Pancreatic Cystic Lesions. Gastroenterology vol 146 pp 647-651)), managed to capture circulating epithelial cells in 73% of patients with pancreatic cancer but none of the cancer free patients without lesions had these cells in their blood stream.

Previous studies have identified cancer cells in the bloodstream but these are usually detected when the tumour is already at a late stage in its development. There is a lot more work that needs to be done and the researchers are now looking to understand better the genetic signalling of these circulating pancreas cells from patients with precancerous cystic lesions which the scientists believe would contain many of the genetic anomalies seen in pancreatic cancer.

These findings indicate that  cancer cells are present in the bloodstream of patients before tumours are detected and have the potential to be used to identify those at risk of developing pancreatic cancer in the future.