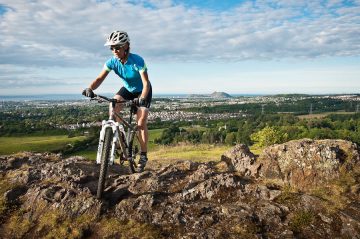 Champion endurance mountain biker, Naomi Freireich from Edinburgh, is on a mission to raise funds and awareness of the UK’s fifth biggest cancer killer, pancreatic cancer, by attempting to set the female record in a 24 hour non-stop cycle ride: The GT24. Starting in Glasgow at 4am on Saturday 2nd July and finishing in Inverness at 5am on 3rd July.

This is the ultimate long distance mountain bike challenge in Scotland; it is bigger, longer and faster than ever before.

The route will take Naomi along the West Highland Way, 96 miles from Glasgow to Fort William, and from there to Inverness along the Great Glen Way, a further 73 miles. That’s 169 off-road miles with 16,500 ft. of ascent. Naomi will not only be doing this ride without stopping, but also alone. (See full route and times below)

The current record of the GT24 is 20 hours, 40 minutes, held by a man. Only two other people, also men, have ridden this route in under 24 hours. Naomi, who is no stranger to endurance riding having won the Strathpuffer 24 hour race in January and came 3rd in the UK 24 hour championships 2015, is determined to set the female record. 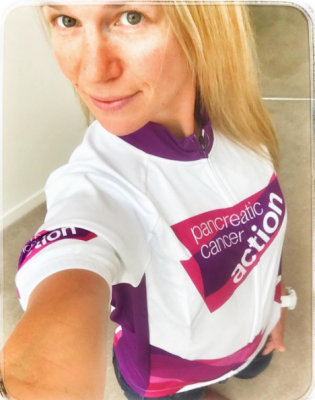 Naomi was motivated to take part in the challenge for charity Pancreatic Cancer Action last year after her brother-in-Law, Jonathan O’Riordan, was diagnosed with pancreatic cancer.

She says: “He’s younger than me and married to my baby sister and father to their amazing 3 year old boy. He won’t see him turn 4.

“We were all quite shocked by just how quick and painful his condition has been, having seemed to respond well initially to chemotherapy. It’s only in the last few months that I have fully appreciated just how awful pancreatic cancer is and just how little hope people have because of lack of diagnosis.

“I feel powerless to help my sister and brother-in-law and thought that the next best thing would be to try and help raise awareness and funds for research.”

Pancreatic cancer survival rates remain shockingly low at just 4% and 24 people die a day from the disease. Pancreatic Cancer Action is committed to working towards earlier diagnosis of the disease so that surgery, currently the only cure, is made available to the sufferer. Ultimately this will lead to improving survival rates. 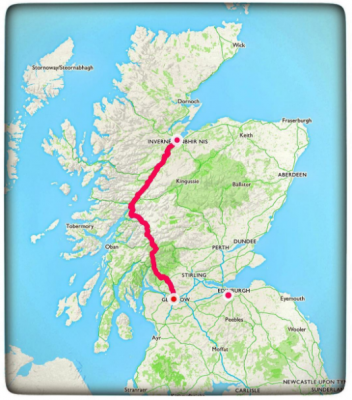 You can sponsor Naomi in this amazing challenge: https://www.justgiving.com/LoveRhino

She did it!! Huge congratulations to Naomi for setting the fastest known female time on the GT24, a long-distance mountain bike challenge in #Scotland along the 96-mile West Highland Way (where she recorded a new female record) and the 73-mile Great Glen Way. A total of 169 off-road miles with 5000m+ ascent in a time to be confirmed of 28 hours and 44mins. 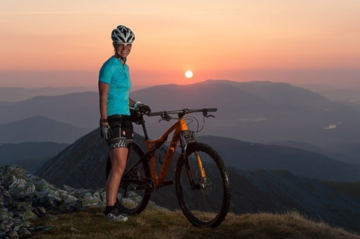