Kerry Irvine tells the story of her husband Noel being diagnosed with inoperable pancreatic cancer in 2011, before sadly losing his battle in the same year. 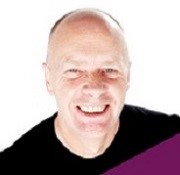 Kerry tells the story, in her own words, of her experience with pancreatic cancer.

My name is Kerry Irvine, in April 2011 my whole world was turned upside down when my beloved husband Noel was diagnosed with terminal Pancreatic Cancer. ​

​We were just an ordinary married couple raising our children, Nathan (7) & Ellie (5) the best we could, enjoying life. Then on April 22nd 2011 our world changed forever…..

Noel had been complaining of different symptoms, a change in bowel habits, night sweats, itching, and a terrible pain in his stomach radiating to his back. He’d been to his GP so many times complaining about the pain he was experiencing, more times than I care to remember he came home with medication for irritable bowel syndrome.

I remember April 22nd 2011 like it was yesterday; I don’t think I’ll ever forget. I had gone to work, Noel dropping me off as usual, and I remember telling him ‘Make sure you call me when you get out, let me know what they say.’

After a round of blood tests, he was finally being sent for an ultrasound. I kept looking at the clock thinking how much I was going to bug him about not calling….then the call came. ​

After telling me he had only just got home and they had ‘seen’ something on his liver and sent him for an immediate CT Scan my heart sank especially when he was told​ he had a GP appointment for 2pm I just knew that something was very wrong. ​

Waiting for the GP for over 30 minutes past the appointment didn’t help either of our nerves, sitting holding hands neither one of us saying too much whilst so many thoughts were whizzing through both our minds.

‘Noel, you know the U/S tech saw something on your liver, they suspected secondary cancer, they needed the CT to try and discover where the primary is. They believe its in your pancreas.’

After further waiting, blood tests and a biopsy we got the news; he had pancreatic cancer with liver metastasis, ​apart from palliative chemotherapy there was nothing else they could do. His life expectancy was six months.

​My loving, generous husband was dying and there wasn’t a damn thing any of us could do to change it. Noel promised he would fight to the bitter end and boy did he fight. He was so courageous, so brave, but in the end the disease won. My darling husband died 25th November 2011 4am in my arms.

​During the time Noel was so sick from the disease and the treatment which almost killed him in August 2011, we renewed our wedding vows 10 years to the day since we originally pledged our love to one another. Just 24 hours before Noel was still the hospital with nobody sure whether he would be able to make the ceremony. ​​​​​

We started fundraising together but since losing the love of my life, I am determined to do all I can to raise awareness of the deadly disease and much needed funding for research, support and early diagnosis. PLEASE help me to change the statistics.