Chloe tells the story, in her own words, of the journey that led to her dad’s diagnosis for pancreatic cancer from which he sadly died in January 2015, aged 47. 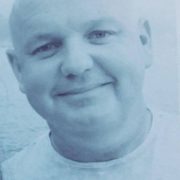 What does the word cancer mean to you? Because before September 2014, to me and my family, it was a word. Not a feeling, not a life changer.

My father, Tony, was the most beautiful, kind hearted person that you could meet, he worked 6-7 days a week to provide for me and my family, and still had all the time in the world to talk, be my best friend and the best father, husband, son and brother there could be.

So when he was diagnosed with pancreatic cancer in September 2014, our world came crashing down. The first question you ask yourself is why him? Why my dad? he was healthy, he ate clean, never smoked in his life, didn’t drink. So why him? what did he do for this to happen to him. And what’s going to happen, is my dad going to die?

2 biopsys were carried out in hospital and my dad was sent back home to wait for 2 weeks until the results came back. As a family we tired hard to make life as normal as possible until we found out what dad had to face. The 2 weeks seemed to drag but finally in early October it was finally time for my mum and dad to visit the hospital to find out the biopsy results, I felt sick. After what felt like a lifetime, I received a text from my dad telling me it was good news, the kind of tumour that he had was extremely slow growing and didn’t need any treatment until February 2015. To see a smile on my dads face that evening meant the world.

After sitting down and having a proper chat with my dad, I learned that his cancer was such a rare type that the doctors gave him at least another 10 years. The only bit of bad news was that the cancer had spread across his pancreas on to his liver, which meant that he was unable to have surgery.

When someone as close as your own father is diagnosed with cancer, you honestly spend 100% of your time thinking of ways around the current problem. ‘What if they just remove it from the pancreas?’ ‘Why can’t they give him chemo straight away?’. So many questions that just don’t have an answer roll around in your head that it slowly becomes unbearable to think about anything else. As the weeks went by life did become much easier, we had all our faith in what the specialist had told us, and we were confident that he had a long time left with us.

And then in November he started to go down hill. He stopped working, he was ill, his feet and legs swelled up and he couldn’t walk, and no one could put a finger on what was happening, was it the cancer, or was it something else? no one knew, the doctors didn’t communicate, so he was admitted to hospital and put on a drip. They put it down to dehydration. Still at this point I had nothing but positive thoughts, ‘just a bump in the road’. I kept living my day to day life knowing that my dad was a fighter, and he WAS stronger than his cancer. After a week or so in hospital dad was sent back home, he wasn’t himself, and we had to be extremely careful around him because he was very ill. Thinking back now I realise that this is when I should have realised that something wasn’t quite right.

A few weeks later in late December, the same happened again, my dad got worse and admitted straight back into hospital with what the doctors said was dehydration, by this time, he refused to eat much, wasn’t drinking a lot and this was affecting his brain, he was finding it difficult to remember what was going on and who was around him.

But it was Christmas, a miracle had meant my dad suddenly felt a bit bitter and could come home for Christmas Eve. But seeing my dad, the man who used to be as jolly as Santa Claus himself, sat in a room on his own, wearing 2 coats, a scarf and a hat, his eyes filled with tears just broke my heart. I finally realised that something was wrong, but I just couldn’t admit it to myself, or anyone else.

By Boxing Day he was back in hospital, unable to walk, eat or drink. In the next few days things just went from bad to worse, and on the 5th January, I was told the worst news that I’ll ever be told. ‘We were wrong’. They’d got it all wrong, his cancer had grown, and they’d realised that everything that was said, was wrong. My dads cancer was extremely aggressive, so much that it was way to late for any treatment. He had up to 2 weeks left to live, and there was nothing else they could do.

How do you take the news? How do you react when your told your dads going to die in 2 weeks time?, how do you hold in the pure anger and disappointment you have when he could have been treated 3 months ago?, how do you cope knowing he could have lived longer? How am I going to live without him?.

My dad was sent home later that day, my initial thoughts were that they were wrong again, and he was going to beat it still, he was going to be the miracle man. The next week was a whirlwind of district nurses, meetings with Marie curie, and trying to source a bed for down stairs due to him being unable to walk anymore. But we did it, we made him comfortable at home and he started to get better, he started to be himself again, so much so that he asked for a Chinese takeaway after not eating anything for almost 2 weeks. He even got out of bed and sat with me on the sofa, he started to banter with me like he always did, and I truly believed that the doctors were wrong, he’s not going to die. He’s going to live.

Unfortunately my dads story hasn’t got a happy ending, a few days after this outburst of my dad going back to his old self, on the 20th January 2015 at 4.30pm he sadly lost his battle with pancreatic cancer. I truly believe that if he received treatment a bit sooner his story may have been a bit different, but as everyone says to me, you cannot change the past, only the future.

The reason I’m putting my dads story out there is to maybe change someone else’s life, stop what happened to him from happening to anyone else, give everyone battling cancer a chance to beat it or even survive for a little while longer.

Rest in peace dad. I love you forever.