Bromsgrove widow is taking on the Great Wall of China 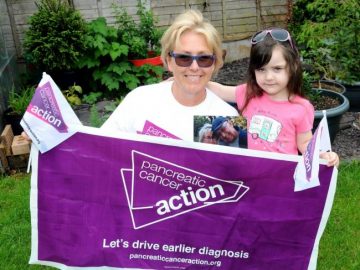 A Bromsgrove widow is taking on the Great Wall of China to raise money for Pancreatic Cancer Action, and raise awareness of the disease that claimed her husbands life.

Linda Winters, 56, is preparing for a five-day hike over mountains and through historic battle stations – all in memory of her beloved husband Chris, who lost his battle with pancreatic cancer in August last year, aged 57.

Chris was diagnosed with borderline-operable pancreatic cancer in November 2013, and was raising money for treatment when he passed away.

Linda said: “From diagnosis Chris was determined to fight. He endured various procedures and hardcore chemotherapy in the hope that the tumour would shrink and surgery would be an option. Our hopes were shattered on June 23 when surgery failed – the surgical team concluded it was too dangerous to continue. 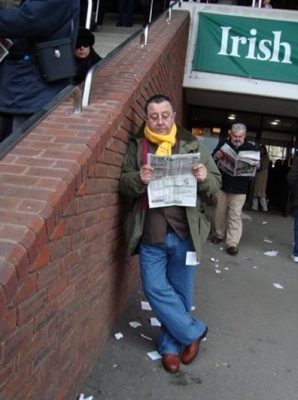 “Whilst recovering from surgery and knowing his only chance of buying time would be palliative chemotherapy, close friends helped research drug trials and any possible options. A drugs regime had started – Abraxane – and we saw light at the end of the tunnel.

“Then the fight began – the recommended drug wasn’t funded by the NHS for various reasons. So Chris set up his own fundraising website and began the fight for the drugs he needed.

“In January 2015 Chris was told that another shot at surgery was no longer possible as the cancer had spread. The ironic thing was the pancreatic tumour had remained stable.”

Linda gave the thousands of pounds her husband raised to Pancreatic Cancer Action, and is now taking on a new charity challenge to raise even more funds and awareness of the UK’s fifth biggest cancer killer.

Ali Stunt, founder of Pancreatic Cancer Action, said: “I had the pleasure of getting to know Chris throughout the time he was fighting pancreatic cancer which he did with such dignity and resolve.

“We are delighted that Lyn has decided to continue to fundraise for us by taking part in the Great Wall of China challenge. As a charity, we rely on the generosity of such individuals to fund our vital work, and I would like to thank Lyn for continuing to support us in memory of Chris.

To sponsor Linda on her incredible challenge, visit justgiving.com/linda-winters1

Thank you to the Bromsgrove Advertiser for covering Lyn’s amazing story: http://www.bromsgroveadvertiser.co.uk/news/local/14553132.Widow_takes_on_Great_Wall_trek_in_husband__39_s_memory/