Singer and songwriter, Indiraa, who has recorded with some of Bollywood’s biggest acts, has released a song to raise money for Pancreatic Cancer Action.  The song is in memory of her friend, Simon Cats, who died from pancreatic cancer. 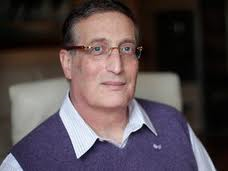 Dr Simon Cats passed away in March 2012 following a short battle with pancreatic cancer. He had a close circle of family and friends who miss him dearly.

Dr Cats penned a song which Indiraa read and subsequently re-wrote and recorded along with featured vocalist Yvan Silva.  The song, titled “Beloved” is scheduled for official release on December 15th 2013 via iTunes, Amazon & Spotify.

“Simon was like my own brother,” says Indiraa.  “He once helped me out of a hole so deep that I would not be around today if it wasn’t for him.  He was a truly lovely person who always had a smile on his face.

“We felt the lyrics of the song reflect how cared for he was and still is. We also hope it raises funds and awareness of an illness that kills 22 people per day.”

Currently, only three per cent of people diagnosed with pancreatic cancer survive for more than five years.  Pancreatic Cancer Action is committed to working towards earlier diagnosis of the disease so that surgery, currently the only cure, is made available to the sufferer.

Ali Stunt, Chief Executive at Pancreatic Cancer Action and a pancreatic cancer survivor, said: “We are so grateful to Indiraa, Simon’s wife Ahouva and all those involved with making this single and kindly offering to donate all profit to the charity.  Simon was a good friend and supporter of our charity.  This song is a fitting tribute to him.

“Unless affected directly by it, pancreatic cancer is something the public know little about,” continues Ali. “It is an aggressive cancer which is often identified too late for a surgery to take place – the only possible cure.  This is what we are focussed on changing at Pancreatic Cancer Action.”