Aspirin shown to cut pancreatic cancer risk in half 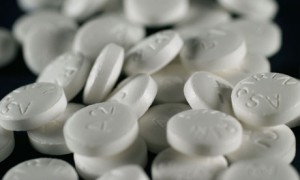 Scientists at Yale University in America interviewed 362 patients newly diagnosed with pancreatic cancer and 690 health controls at 30 hospitals in North America. They were asked if they had taken aspirin, and if so at what dose, and over what period they had taken it. Regular use of aspirin was defined as being taken at least once a week for three months.

Those taking a low dose (75mg to 325mg of aspirin) usually took it once a day to prevent cardiovascular disease. Those taking greater amounts (considered to be regular doses) usually took it to relieve pain. In the study, over half were men, half smoked, or used to smoke, and a fifth had diabetes. The researchers accounted for this plus age, race and other variables in their study.

The results, published online in Cancer Epidemiology, Biomarkers & Prevention ((Streicher et al., (2014) Case–Control Study of Aspirin Use and Risk of Pancreatic Cancer. Cancer Epidemiol Biomarkers Prev; 23(7); 1–10)) found that regular aspirin use lowered the risk for pancreatic cancer by 48 percent. They also found that the longer people take aspirin, the better the protection: those who had been taking it for more than 10 year had a reduced risk of nearly 60 percent.

Doctors urge caution about people taking aspirin to reduce their risk of developing pancreatic cancer unless they are in a high-risk group. This is because aspirin can cause complications such as bleeding and stomach ulcers in some people. People should not start taking aspirin without first consulting their own doctor.

Larger studies are needed to determine the benefits of taking aspirin to prevent pancreatic cancer including who should take it, how much should be taken and how long for, before it can be recommended for widespread use in preventing the disease.