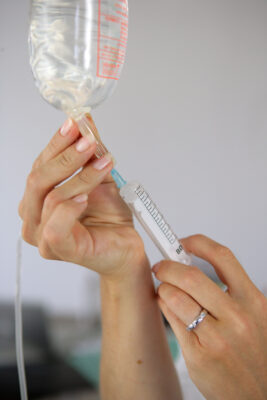 We are disappointed to hear that National Institute for Health and Care Excellence (NICE) has turned down the promising new treatment Onivyde® , or pegylated liposomal irinotecan, for routine NHS use.

Although NICE has recognised the need for new treatments for pancreatic cancer, and understood the importance of improving and extending lives for those who are diagnosed with this condition, the committee decided that Onivyde®  is not cost effective.

Professor Carole Longson, Director of the Centre for Health Technology Evaluation at NICE, said: “After reviewing further evidence and comparisons of existing treatments from the company, it is disappointing that the treatment did not provide enough extra benefit for patients to justify its higher cost.”

The treatment is a second option for people with advanced disease, which could allow patients to live for twice as long as they would otherwise. NICE said it would not approve Onivyde® for use on the NHS due to its high cost, and because its benefits were similar to that of other existing treatments. NICE assessed Onivyde® after it was first licensed for use in October last year.

Research has found that patients being treated with Onivyde® lived on average two months longer than they would have without the treatment. Someone with advanced pancreatic cancer will on average live for just two to six months.

Ali Stunt, Chief Executive at Pancreatic Cancer Action, said: “Onivyde® is a significant step forward in the management of advanced pancreatic cancer. It is very disappointing that it is not being made available to patients based on economic grounds, but, we hope NICE, NHS England and the manufacturer can find a way of making this treatment available, which offers real hope to patients for whom initial chemotherapy treatment has been unsuccessful.”

Alex Ford, Chief Executive at Pancreatic Cancer UK, added: “This news is a bitter blow to patients with advanced disease in England, who are now unable to access a promising new treatment as a second line option on the NHS. Studies have shown that Onivyde® could allow patients the chance of living for twice as long as they would otherwise, allowing families precious and unforgettable extra time together.”

Help us Campaign for more treatments for pancreatic cancer patients

At Pancreatic Cancer Action, we intend to campaign for this treatment and other treatments available to patients by working with the government and other charities.

Lobbying your MP can have a huge impact on making them more aware of the issues surrounding pancreatic cancer.  However, the average MP will have 90,000 constituents so how can you make sure your plea for help is prioritised?  Find out how: