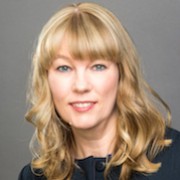 Read the survivor story of our Founder & CEO, Ali Stunt.

In 2007, having accepted a place from Imperial College London to pursue a PhD in stable isotope chemistry (which included the study of meteorites), Ali was diagnosed with pancreatic cancer.

When Ali received her diagnosis, she was just 41-years-old. In that moment, her world turned upside down. But it wasn’t just her world she had to think about, as Ali shares her life with her husband Phil, two sons, James & Nick, and two dogs Betty & Elsie.

Plagued for months by ambiguous symptoms, such as mid-back pain, pain when eating, and changes in bowel habits, her doctor originally thought she had gallstones.

In reality, Ali was mere weeks away from being too late for life-saving surgery to remove her pancreas. It was only because of a last-minute referral via her husband’s private medical insurance that ultimately saved her life.

After undergoing a ‘distal pancreatectomy’ and ‘splenectomy’, where 80% of the pancreas and all of the spleen is removed. Ali then received six months of combination chemotherapy and six weeks of chemo-radiotherapy treatment.

Thousands of people won’t be as lucky as Ali and get their symptoms flagged early. That’s why Ali founded Pancreatic Cancer Action in 2010, one of the leading UK pancreatic cancer charities that focuses specifically on early diagnosis. She has since devoted the last 12 years of her life to improving early diagnosis of pancreatic cancer, which has just a 7.9% five-year survival rate in the UK, and 1% for 10-years plus, a very lonely place to be.