This week, I was d 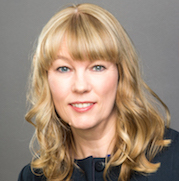 elighted to join an eminent panel of experts from the world of health economics and health policy on stage at the Bio International Conference in Philadelphia.

Moderated by Jim Pinkerton, a veteran of political journalism: a columnist, author and political analyst in the USA, the focus of the panel discussion was the

The premise for this is that the incidence of cancers is predicted to increase over the next 20 years compelling us to find solutions to sustain innovation and deliver improved outcomes.  Innovation in oncology treatments is taking place at a rapid pace and contributing to the healthcare system through increased treatment options that improve patient care – for most cancers.  Concerns have been raised about both the prices of new medicines, and also the access that patients have to those medicines due to restrictive insurance rules in the USA and Health Technology Assessment bodies such as NICE in the UK.

In broad, we discussed the value of access to medical innovation in cancer care, overcoming obstacles in defining the value of oncology medicines, and, importantly, patient needs.

There was a lot of discussion about the perceived cost of innovative drugs in the health markets and what ‘value’ actually means.

I was able to jump in there with my patient perspective to point out that value can often be looked at only in the economic sense and that the real value to patients of a few extra months or symptom control or even a few more years is very difficult to quantify. I suggested a need to change the QALY system of evaluation but that this would need the buy-in from clinicians, health economists and importantly, patients and carers. I also suggested that drug companies must play their part too by ensuring that their drugs are provided at the right cost.

I talked about my own diagnosis and the fact that I had survived nearly 8 years. A round of applause followed – including a whoop from the audience – it was the USA after all! I pointed out that for pancreatic cancer, there have only been three new drugs approved by the FDA (Federal Drug Administration) since 1974 – gemcitabine, Tarceva and Abraxane the latest in 2013. I also highlighted the fact that not all patients across the globe have equal access to the latest drugs noting that we still have not got NICE approval for routine use in England for Abraxane – 2 years after it got FDA approval!

There was a lot of discussion about the cost of innovation and I was surprised to learn that cancer drugs make up only 1% of healthcare spending in the USA.  Tomas Philipson, who has published papers on the subject, argued that, while new therapies initially increased treatment costs dramatically, the offsetting health benefits meant that the quality adjusted cost of care didn’t actually increase so significantly. This had been demonstrated in studies including colorectal cancer and multiple myeloma.

Jonathan Wilcox stated that what we call ‘new’ treatments are actually about 10 years old by the time they reach patients because of the evaluation process of the clinical trial system. He argued that this system is ill equipped to co-exist with today’s speedy scientific advances.

I highlighted the push by Lord Saatchi for the Medical Innovation Bill in the UK – still to get through Parliament – but where a drug is showing promise, and with the right permission from the patient and the proper safeguards, we would be ‘free to choose’ an experimental treatment for our disease. This would be dependent on an open access database where it would be compulsory for doctors to report side effects and results. The advantage of this would be a cohort of patients that is much wider than those currently taking part in ridgid clinical trials.

I stressed that there are many patients with pancreatic cancer and their relatives who were ‘prepared to try anything’ and that I had had many conversations along those lines as part of my work in Pancreatic Cancer Action.  I added that where there is a will, there is a way as seen recently in the Ebola crisis which was significantly dire to shortcut the normal processes and get access to drugs in the very experimental phase.

Jonathan Wilcox commented that patients should not be forced to battle the system and their cancer at the same time – something I very much agree with.

I suggested that payers (insurance companies or HTAs) should allow patients and carers to be more involved in the evaluation process for new innovations. I sited the appraisal system in Scotland where I had been invited to attend the Committee meeting of the Scottish Medicines Consortium to represent the patient view for the drug Abraxane. The only HTA in the UK to do this. Soon after, Abraxane was approved for routine use in Scotland.

Jim Pinkerton stated that we need to see a shift in attitude – a radical approach – like the decision by JF Kennedy to go to the moon in the 1960s.

For diseases like pancreatic cancer, this is certainly true. We no longer want to see no improvement decade by decade in the survival rates of this disease and to see so many more people die. I pointed out that not all cancers are the same but that pancreatic cancer due to the lack of funding and focus is still at the starting blocks in the race while other cancers are already three laps ahead. Only a radical change in the way pancreatic cancer is diagnosed and treated including faster access to new innovations as they come along will enable us to catch up with the rest.