The choice of chemotherapy you will be offered will depend on your tumour and your general health.

The chemotherapy drugs sometimes used to treat pancreatic cancer are:

Used alone or sometimes in combination with another chemotherapy drug such as fluorouracil, capecitabine or nab-paclitaxel (see below) for advanced pancreatic cancer and after surgery to remove a tumour (adjuvant therapy).

Used alone and generally delivered as a prolonged infusion, often over days as an adjuvant therapy (after surgery) or as a sensitiser for chemo-radiotherapy (to make it more effective). It may also be given as a second line therapy for advanced pancreatic cancer not responding to treatment.

An oral form (taken by tablet) of 5-Fluorouracil (5-FU). It is sometimes given along with gemcitabine (known as GemCap) or on its own as a radiotherapy sensitiser (to make it more effective).

This is a combination of 4 different agents (folinic acid [leucovorin], fluorouracil, irinotecan and oxaliplatin) and is used to treat advanced pancreatic cancer and occasionally before surgery to remove a tumour. It can cause more side effects than having individual chemotherapy drugs therefore is usually only given to very fit patients.

Nab-paclitaxel has EU/UK approval for use in combination with gemcitabine for advanced pancreatic cancer. 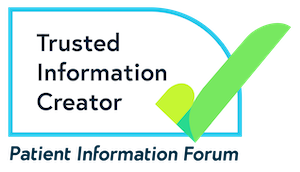